Mr. A P M Mohamedhanish IAS who holds a B Tech Degree in Civil Engineering was selected to Indian Administrative Service in 1996.  He is presently serving as Principal Secretary, Industries Department, Government of Kerala.  He holds the additional charge of Principal Secretary, General Education and WAQF Department and as Managing Director of Cheraman Financial Services Limited.  He had in the past been a  National Trainer on Leadership Skills by the Department of Personnel and Training, Government of India and has participated in programmes for training Civil Servants at the National level.  Besides, he  has undergone training programmes at University of Toronto, Canada, Asian Institute of Technology, Bangkok, Thailand and Indian Institute of Management Bangalore .

Mr. Philip Chacko M, holds PGDBM (Finance & Strategy) from Indian Institute of Management (IIM), Calcutta and B Tech (Civil) from Indian Institute of Technology (IIT), Kharagpur and has over 26 years of experience in some of the largest groups in India including Vedanta Group, GMR, Lanco, Tata Steel, Popular Vehicles  and Kotak Mahindra. He has a rich exposure to multiple sectors viz Retail, Power, Wind Energy, Solar, Real Estate, Finance etc.  Having commenced his post-MBA career in 1996 with TATA Steel, he was the Chief Operating Officer of USD 2 Bn, Talwandi Sabo Power Limited (Vedanta Group) and was also the General Manager –  at GMR Group.

Mrs.Radha Unni, M.A, B.Ed, CAIIB, is a Senior Banker by profession, with  36 years’ experience in State Bank of India, where she retired as Chief General Manager in charge of Kerala Circle.She is an Independent Director of the Company, also acting as Chairperson of the Audit Committee.

A Chemical Engineer with MBA, erstwhile Executive Director of BPCL Kochi Refinery, has over 30 years' experience with Oil Refinery, Petrochemicals and Gas processing. Earlier, he was Director in the Board of Cochin Port Trust, Cochin International Air Port and Petronet CCK.

Mr. Justice M. Jaichandren, holds Bachelor Degree of Arts, Masters Degree in Criminology, at the Department of Psychology, University of Madras. He has in all 46 years' standing in the Bar and Bench, of which 12 years beginning 10th Dec' 2005, he served as the Justice in the High Court of Madras. Presently, the Senior Advocate of Supreme Court of India, Mr. Justice Jaichandren, has many credentials acting as Honorary Professor of Law at Tamil Nadu Judicial Academy, Chennai, conducting cases of far reaching significance relating to issues involving Human Rights and Environmental problems besides undertaking many acclaimed roles such as recognition as ' International Visitor" on Human Rights issues under invitation by United States of America representing the Country as Fellow of Session – 390, 'International Legal Perception on Human Rights' held at Salzburg, Austria. Justice M. Jaichandren, has been appointed as an Additional Director, qualifying as an Independent Director at the Board Meeting dated 04.11.2019.


Mr. V. Ranganathan, a Chartered Accountant and Company Secretary, has expertise in advisory role on financial and taxation matters, acting as Consultants at EY for over 23 years, besides being a visiting faculty for nearly 25 years at IIM Ahmedabad on the subject of mergers and corporate restructuring. Mr. V. Ranganathan holds the position of Independent Director in few other prominent companies including listed ones. He is the member in leading industry bodies and social service organisations such as Madras Chamber of Commerce, CII, ASSOCHAM, FICCI and a Trustee of Palkhivala Foundation, Chennai.

Mr. Sajiv K Menon is a B. Tech in Chemical Engineering, PGDM (Fin.& Mktg) from IIM, Bangalore, and a Fullbright Scholar at Carnegie Mellon University, USA, Mr. Sajiv K. Menon had a long tenure of more than 32 years’ experience in various capacities in Engineering and Chemical Industries before taking charge as Managing Director of NGIL on 01.04.2014.  He had a fairly long term of 8 years in the capacity of that of Managing Director.

Prof (Dr.) M. K. C. Nair is presently serving as Director, NIMS-SPECTRUM-Child Development Research Centre, Thiruvananthapuram. He was Formerly Vice Chancellor & Emeritus Professor Research Kerala University of Health Sciences (KUHS) Emeritus Professor in Developmental Behavioural & Adolescent Paediatrics, CDC Kerala Certificate of Modern Medicine Registration. He was the Founder Director of Child Development Centre, Kerala. Dr. Nair was the National President of the Indian Academy of Paediatrics- 2004, Indian Clinical Epidemiology Network-2005-07, and National Neonatology Forum- 2011-12. He was also the Founder Secretary of Growth & Development Chapter and Adolescent Paediatrics Chapter of Indian Academy of Paediatrics, both of which have established annual Oration Awards in his name. Dr. Nair was the first recipient of Doctor of Science in Medicine from Kerala. He received his training in research methodology from Newcastle University, Australia and he is a renowned researcher in developmental and adolescent Paediatrics. He has published many books in developmental paediatrics, adolescent care counselling, parenting and premarital health counselling. He has written more than 200 articles in international and national journals. 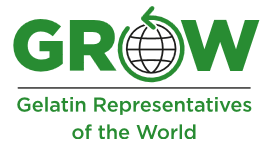